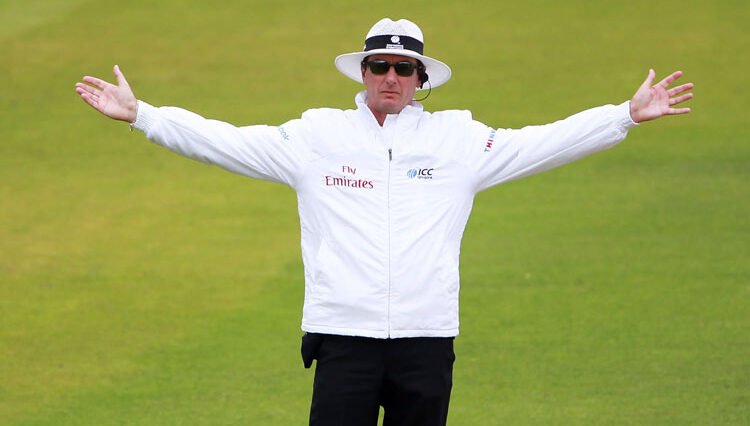 If you are new to the game of cricket, then you can have quite a lot of confusion about when the umpire gives or call the wide ball in cricket. As there are many ways in the game of cricket, when the umpire calls the wide ball, you are bound to get confused. In cricket, Wide Ball is termed as that ball which goes over the head of the batsman or it is very wide from batsman. Wide ball cal also be called by umpire when it is beyond the reach of a batsman. Generally, Wide ball is called when the ball is far from the reach of the batsman and comes under prescribed law for wide ball. If batsman cant offer a batting stroke while being in a traditional position according to cricket rule it can be called as wide ball. The main reason to penalize for wide delivery is because wide delivery is difficult for batsman to play with full control. Thats why the ball which is far from the batsman and is difficult to play can be called as wide ball. 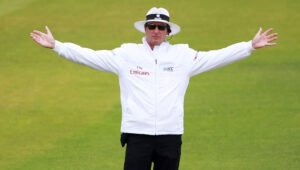 Rule For Wide Ball As Per Cricket Laws

Rule No. 22 of the Laws of Cricket explains the definition of a wide ball.

Meaning Of Wide Ball In Cricket

Law 21.1.1 According to it, if a bowler bowls a ball that is not a no ball, the umpire can judge him as a wide ball if the ball is out of reach of the batsman standing at the striker’s end when he is standing in his normal guard position.
Law 21.1.2. Explains that the ball can be considered wide only if it can easily pass from a considerable distance of the batsman and the batsman cannot hit it with his bat. 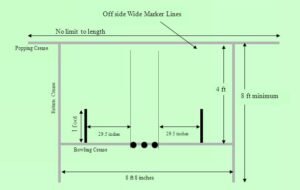 The total distance of wide ball line from the middle stump is 0.89 meters or it can be 35 inches or it can be approximately 3 feet in length on both off side and leg side from middle stump.
In Test matches, Leg side wide line is considered as 0.89 meters as same as on off side of the pitch. While in Odi and T20 format the leg side of wide line is of much shorter length. Inorder to avoid bowlers to bowl negative bowling. In test matches wide line rule is not as strict as in one day and t20 format.

According to the rule 22 of The MCC which prescribed the international laws of cricket. There is a misconception which means all balls which are out of Batman’s range can be called as a wide ball. This law and come into force only when batsman’s movement should not be deliberately done to create this situation.

In the situation of wide ball and no ball in same delivery the on field umpire will make the decision and will call that ball as a no ball.

What if batsman get dismissed on a wide ball.

Though wide ball is termed as the penalty for bowling team but in some cases batsman can be out on wide ball also.

Ways by which batsman can be out on Wide ball-