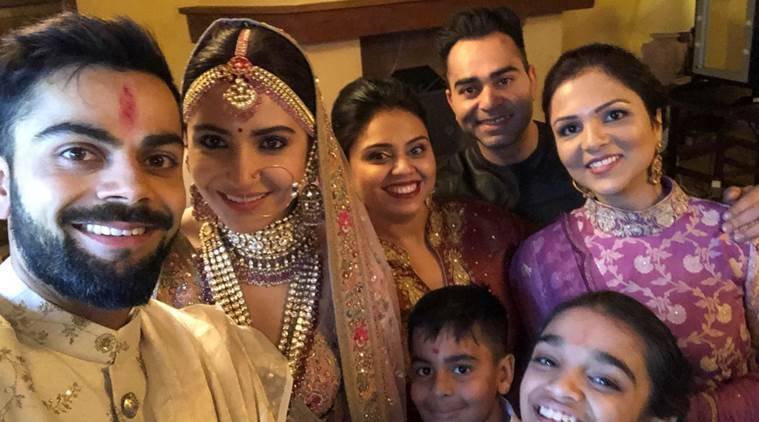 Virat Kohli is one of the most prolific cricketers in India. He is a family man. He always talks about his family, his father, his mother his wife. His father name is Prem Kohli. Virat’s mother name is Saroj Kohli. His wife Anushka Sharma is and Bollywood actress.

Virat Kohli is easily one of the most humble cricketers in the world. He is famous for his game, his style and his family. He is the poster boy of Indian cricket where as he is also the biggest face in the gentleman’s game to date. Virat has made a long journey in International Cricket, going through several hardships ups and downs in life and career. His fans know a lot about the Indian Cricket captain at present, it will be wise to claim that his immediate family members have always stood rock-solid next to him. be it during any face for the superstar cricketer. In this article we will tell you about his family, his father, his mother, his brother, his sister, his wife and his daughter.

His father Prem Kohli was a criminal lawyer. For the unversed, he passed away when Virat had not represented team India and was only 18. Prem Kohli suffered a cardiac arrest following which Virat returned to the ground the very next day to play a Ranji Trophy match between Delhi and Karnataka. Hescored 90, depicting his strong mind and attitude. Kohli always gets emotional while remembering his father.

Everybody knows that Kohli is very close and attached to his mother. His mother name is Saroj Kohli. After his father’s demises Virat’s mother is the big supporter to him. She lives in New Delhi. Virat and his wife Anushka Sharma often pay a visit.

Kohli has elder brother. His name is Vikas Kohli. He lives in Maharashtra and is married to Chetna Kohli. They have a son named Aarav Kohli. Vikas is similar to his younger brother in terms of maintaining his fitness and his love for the gentleman’s game.

Very few know that Kohli has an elder sister named Bhawna Kohli. She is married to Sanjay Dhingra. The couple are blessed with two children named Mehak and Ayush Dhingra. Virat has often been captured with his niece and nephew. His sister is also an integral part of college fashion label One8Select. According to media reports, Bhawna as well as Vikas Kohli completed their education at Hansraj Model School and Daulat Ram College in New Delhi respectively. Bhavwa is always active on Instagram and often shares pictures with the younger brother and other family members.

Kohli’s ladylove Anushka Sharma is an Bollywood actress. Virat’s family got completed after marrying love of his life. Fans called them Virushka. They were in a relationship for quite some time before they tied the knot in a private affair in Italy in late 2017. Their bond become stronger when the couple blessed with a baby girl in 2021.

Anushka Sharma and Virat Kohli welcome their daughter Vamika on January 11, 2021. The couple welcomed their bundle of joy at Breach Candy Hospital Mumbai. The couple announced their little one’s name on social media. The girl’s name is Vamika.