He is one of the world’s best right-hand batsman. Virat Kohli is the present Captain of the Indian cricket team. Virat was born on 5th November 1988 in Delhi, India. His father name is Prem Kohli and he was a criminal lawyer. His mother name is Saroj Kohli and she is a home maker. Virat has two siblings the elder brother Vikash and the elder sister Bhavna.

Kohli was brought up in Uttam Nagar and did his schooling at Vishal Bharti Public School. At a very young age, about 9 years old Kohli becomes part of West Delhi Cricket Academy. There he was trained by the trainer Rajkumar Sharma. Later he joined Saviour Convent for his cricket. Kohli was not only talented in cricket, but he was also very good in acadamics. In 2006, his father died of a stroke after that in 2015 with his family he moved to Gurgaon.

Virat Kohli has been piling on runs sent his junior level cricket days. He made excellent performance at the Under-15 level. Virat Kohli was the highest run scorer with 757 runs in 7 matches at an average of 84.11 in 2004-2005 Vijay Merchant Trophy. In November 2006, Virat made his Ranji Debut for Delhi while playing against Tamil Nadu. Virat Kohli was just 18 years old at that time.

2008 Under-19 World Cup title open the door for Virat Kohli on all fronts. His first step in International Cricket was during Sri Lankan tour 2008. At just 19 years of age, Virat Kohli made his debut for India against Sri Lanka. In the absence of both the openers he was given the task to open the batting. In the 4th match of the series, he stuck his first half-century. His scores in his first International series read: 19, 37, 25 and 31.

Virat Kohli made his debut for Royal Challengers Bangalore in the inaugural edition of the IPL. Playing in the lower middle order, Virat is code 165 runs in 12 matches at a disappointing average of 15. He fared much better in the following season though, where he accumulated 246 runs at an average of 22.36. Overall he has played 177 matches in his IPL career so far, a accumulating 5412 runs at an average of 37.84 and a strike rate of 131.61. He has struck five centuries and 36 half centuries in his career.

1. He is currently the highest-paid Indian athlete in India with the net worth of approximately 900 crores.

2. His net worth compromises or salary paid by BCCI and RCB. He also earns a major chunk of income through brand endorsement and business ventures.

3. Virat is a big football lover and this was the reason he bought the ISL team FC GOA in 2014.

4. Kohli also became the brand ambassador and a major stakeholder of a social networking venture based in London named “Sport Convo”.

5. He is also a brand ambassador of major sports and casual wear brand WROGN which he launched in the collaboration with you USPL.

6. In 2015, Virat also bought the co- ownership of the UAE royal franchise in the famous IPTL league.

7. He currently owns the famous chain of gyms and fitness centres in India and the world around with the name “Chisel”.

1. During an IPL game in Delhi, he did break the BCCI code of conduct whilst meeting his beau Anushka Sharma in the audience box.

2. A man who plays with the heart on his sleeve, Virat Kohli has been surrounded with a lot of controversies in his international career.

3. At a time when he was going to a rough patch in his personal and professional aspects in 2015, he abused and Indian Journalist for his controversial article on Kohli’s relationship with Anushka Sharma.

4. During India’s tour of Australia, his gesture of showing the middle finger to the crowd came under the dark clouds of controversies. 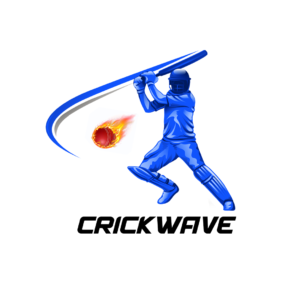